Island Cres is one of the two largest islands in Croatia.

It is located in the north part of Kvarner Bay in north Adriatic. Island Cres is connected with mainland and island Losinj.

Cres has been inhabited since the Paleolithic time period and was later ruled by the Greeks and, since the 1st century B.C., the Roman Empire.[2] After the fall of the Roman Empire the island was taken over and became a part of the Byzantine Empire, and remained this way for centuries. In the 7th century the Slavs invaded Cres and the islands around it. They returned the islands in the early 9th century (believed to be somewhere around 812).

Then, around 866 the inhabitants saw the first conflicts with the Republic of Venice. The Venetians eventually took control of Cres and the neighboring islands in the 10th and 11th centuries.

However, the Croats regained the islands and the islands went through a change of rulers for centuries, being ruled by Croats, Hungarians, and for 400 years the Venetians took control of the islands. After Napoleon’s victory over the Venetians, the island went under Austrian rule. After the defeat of Austria by Napoleon in 1809 the islands became part of the French Empire.

After the fall of Napoleon, Austria once again took control of the island for 100 years. During this time the economy developed with olive trees, sage, and other plants becoming key to the success of the island. At the end of World War I, with the Treaty of Rapallo signed in 1920, the island was once again handed over to Italy.[3] This lasted until 1947 when the Islands, along with Istrian Peninsula, were assigned to Yugoslavia.[2]

The island has gone through an agricultural downturn as many residents left the island in search of a better life on the mainland and abroad. This has resulted in many former agricultural areas becoming overgrown with local vegetation. Recently people, primarily retirees, have been returning to live on the island. Tourism has become an increasingly important industry and the population experiences significant seasonal variation. 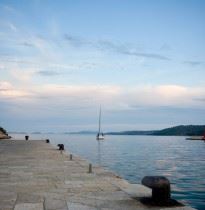 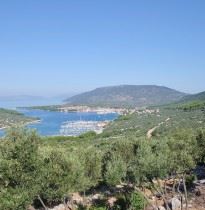 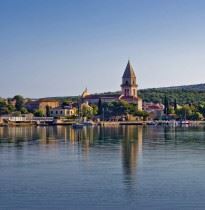 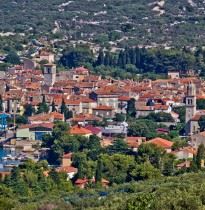 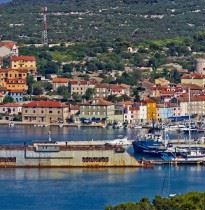