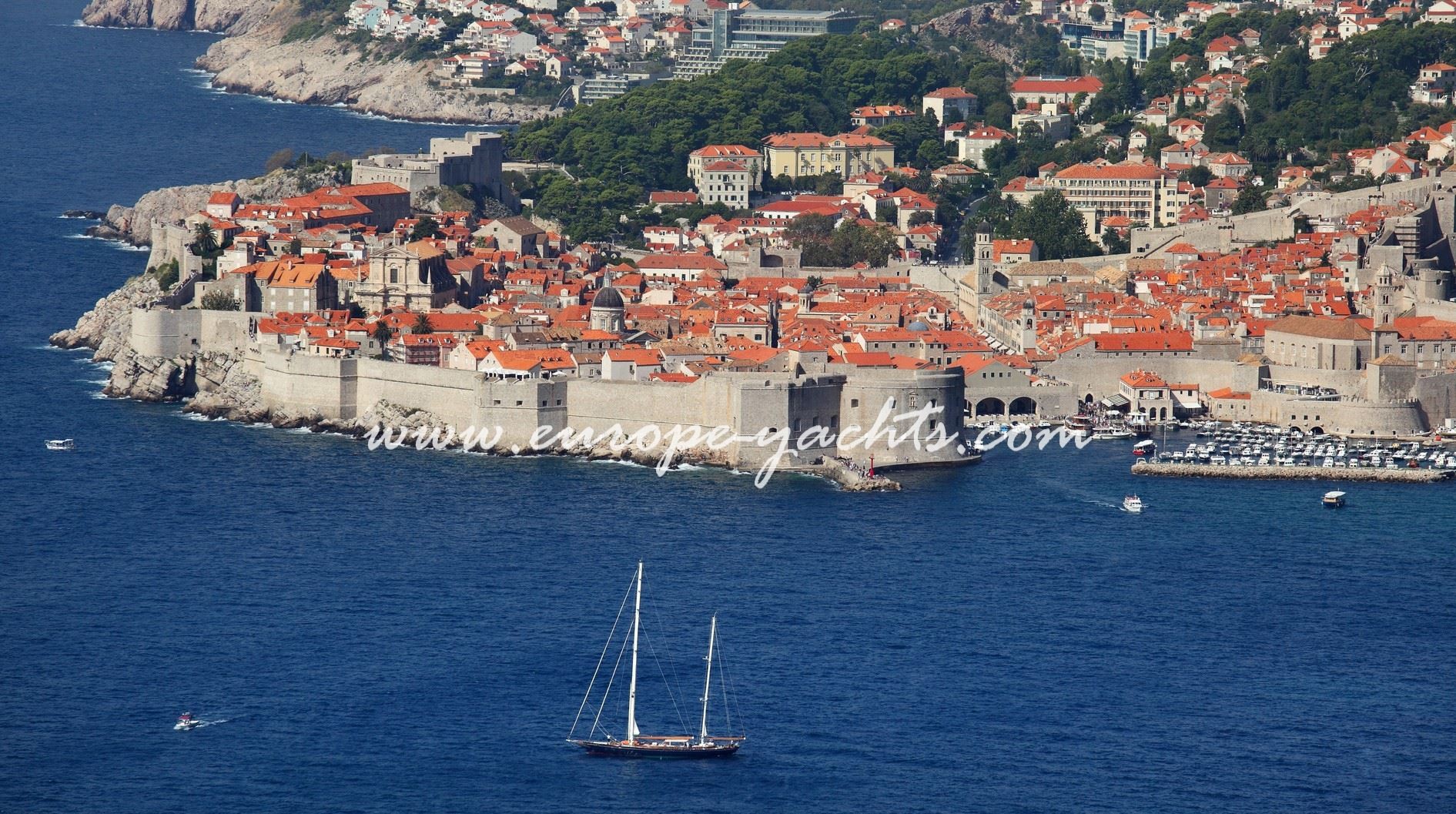 As the area around Dubrovnik abounds in prehistoric burial mounds and earth works (Cavtat and Konavle) it is probable that there was a prehistoric settlement on the site of present-day Dubrovnik. This settlement may have been on a rock, actually the island of Lave (Lausa, Rausa] which was separated from the mainland by marshy land, a sea-arm whose position corresponded with present day Stradun (see below). The Roman Era. There are no signiﬁcant remains from the Roman era in the city itself, but it is thought that there was a ﬁshing settlement on Lave rock. There was an active and lively settlement not far away in Epidaurum (Cavtat, 12 km) originally a Greek town (Epidauros) which came under the Romans in the third century BC W and experienced a boom as a Roman trading colony; in the 6th century (530) it became a bishopric, and following the division of the Empire it became part of the Eastern Roman Empire (Byzantium). The Migrations of the Nations. When the Avars and Slavs invaded the Balkans at the beginning of the 7th century, Epidaurum was destroyed, along with Salona (Solin) and Narona. The inhabitants ﬂed to take up residence on Lave rock and founded Rauzij – Ragusa. Until recently that was the only version of the story of the foundation of Dubrovnik. However the recent discovery of a large 6th century Byzantine church beneath the foundations of the old Romanesque cathedral.

Below the last mentioned is the Ploce Gate (Vrata od Ploca). The eastern city gate was built on the same principle as the western Pile Gate, that is with outer and inner gates, a stone bridge over the moat and a wooden draw- bridge. The outer gate was built in 1450 by Simon della Cava, and the single arched bridge was built in 1449 following the example of the old bridge in front of the Pile Gate. The inner gate and the statue of St. Blaise over it are in the Romanesque style. Another much wider gate was built beside this one during the Austrian occupation in the 19th century. The city harbour was protected by the following fortresses: St. Luke’s (one of the oldest preserved fortresses, built in the 13th century, and an important defensive point in the harbour, until Revelin Fortress was built; up to 1884 it had battlements with consoles like Minceta Fortress), St. Dominic’s (built in 1387 to the south of the Domi- nican church), Ribarnica (“ﬁsh hall”, probably built in the 13th century and demolished in 1853), Kaz- nena tvrdava (“punishment fortress”; built as part of the Rector’s Palace, served as a dungeon, probably also from the 13th century), Knezeva tvrdava (the Rector’s Fortress, part of the Rector’s Palace, mentioned in 1366).

On the site of present day Stradun, there was in the past marshy land which divided Ragusa from Dubrava. The inhabitants drained the marsh and founded a town there. Today, stretching east to west between two city gates, and bounded by two fountains and two bell towers (on the Pile side the bell tower of St. Francis and the Great Onofrio Well, and on the Ploce side by the City bell tower and the Small Well), Stradun is a favourite promenade for both local people and foreign guests. Paved with stones now worn to a shine like parquet flooring, Stradun is Dubrovnik’s “street salon”. It received its present appearance following the great earthquake in 1667 and older pictures of the city show that the palaces before the earthquake did not have their present typical appearance, but that many had arcades like Sponza and were highly decorated. Stradun Palace has much to tell about the way of life and the spirit of the people of old Dubrovnik. On the ground floor there have always been trade or business facilities. The large store room was entered from the side streets. On the ﬁrst floor there is an impressive apartment, and there are some rooms on the second ﬂoor. The kitchen and the other household rooms are in the attic. In front of Sponza Palace, Stradun broadens out into Luia Square which is the community and commercial centre of Dubrovnik, and together with Stradun includes all the most important buildings inside the walls. Stradun’s polished pavement was seriously damaged in Serbian bombardments; today, many world associations are engaged on its restoration. 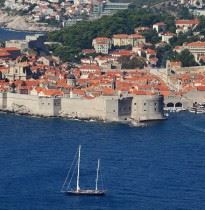 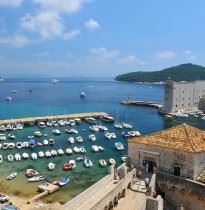 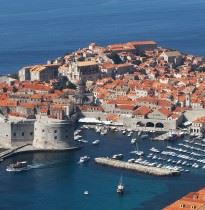 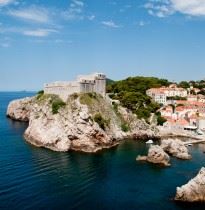 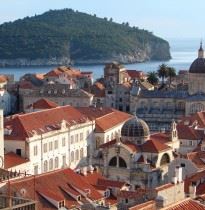