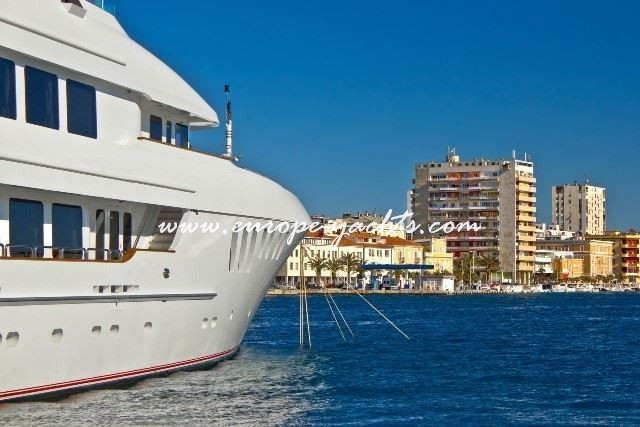 The City Gates and Fortress

Although Zadar was a fortiﬁed city in Roman times, only the towers and gates which date from the 15th and 16th centuries are still visible today. These walls protected Venetian Zadar from the Turks, who at that time held most of the Croatian interior and came right up to the gates of the city. Only two of the four city gates are still preserved and in working order. The Mainland Gate (Kopnena vrata, Porta Terraferma) is the most beautiful Renaissance monument in Zadar. It was built in 1543 by the well- known architect from Verona, Michele Sammicheli. Over the main entrance is engraved, the city coat of arms showing St. Chrysogonus (Sveti Krsevan) on horseback, and the lion of St. Mark. In front of the gate there was at one time a drawbridge over the Fosa canal. The Port Gate (Lucka vrata, Porta Marina) was built in 1573; on its outer side it is decorated with a sculpture of the Venetian lion and on its inner side, part of a Roman triumphal arch has been included. On the upper Renaissance part, the city’s coat of arms is also engraved with a plaque in memory of the victory of the Christians over the Turkish ﬂeet at Lepanto in 1571. Beside the Mainland Gate, a row of defensive structures on the land side have remained standing: the Great Fortress, the Five- Cornered Bastion and the Five-Sided Tower on the Five-Well Square (Trg pet bunara). The Great Fortress (Velika tvrdava) was built in 1560 on the site of the old suburbs, where there had also been an amphitheatre in Roman times. It was built by Sforza Pallavicino, whose coat of arms is on the outer wall. In the years 1880-1890 a wooded park was planted around the fortress, including Mediterranean and exotic plants. The Five-Cornered Bastion (Peterokutni bas- tion) although built in 1574 is still suitable for modern weapons because of its architecture.

(Sveti Donat) is considered to be the ﬁnest example of Dalmatian architecture of the Old Croatian period. It was built at the beginning of the 9th century and belongs to the preromanesque period. The Zadar Bishop and diplomat, Donat (8th-9th centuries) is credited with the building of this church. He led the representation of the Dalmatian cities to Byzantium and Charles the Great, which is why this church is similar to Charles’ court chapels, especially the one in Aachen. It was built on the Roman forum and materials from Roman buildings were used in its construction.The church is 27 in high and is characterised by simplicity and technical primitivism. Overall it gives an impression of rnonurnental strength and thus has become the undisputed symbol of Zadar. Its use has varied during its lifetime; during the rule of the Venetians and Turks it was a warehouse, and also during the French occupation and when under the Austrians. After the liberation it was an archaeological museum for a short time and it now serves as a concert hall because of its excellent acoustics. 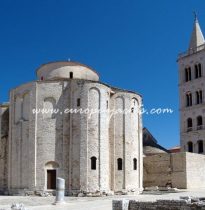 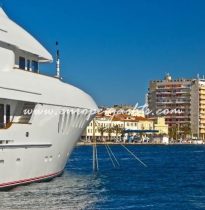 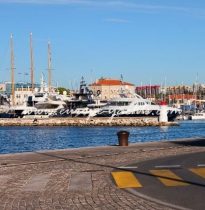 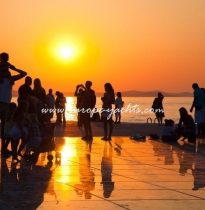 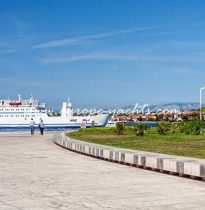